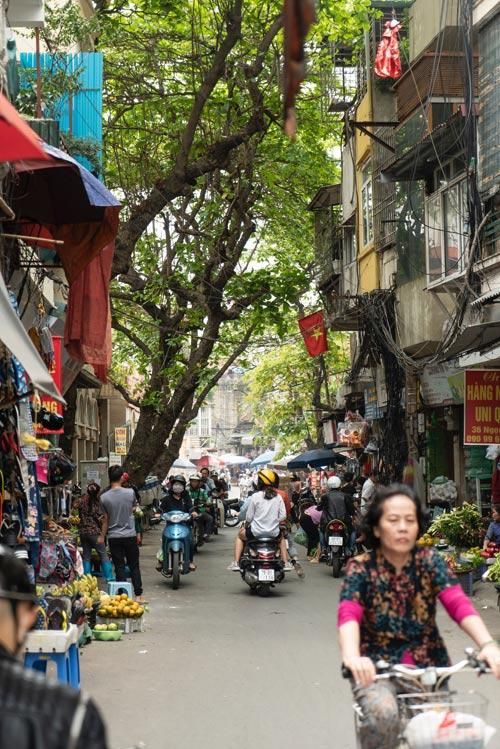 2 hours Vespa tour in the heart of Hanoi (with driver) to discover main monuments.

Transfer to go for lunch

SOME HIGHLIGHTS IN VIETNAM to visit in the afternoon

(Vietnamese: Lăng Chủ tịch Hồ Chí Minh) is the final resting place of Vietminh leader Ho Chi Minh in Hanoi, Vietnam. It is a large building located in the center of Ba Dinh Square, where Minh, Chairman of the Communist Party of Vietnam from 1951 until his death in 1969, read the Declaration of Independence on 2 September 1945, establishing the Democratic Republic of Vietnam. It is also known as Ba Đình Mausoleum (Vietnamese: Lăng Ba Đình) and is open to the public.

One Pillar Pagoda
Rising from one pillar in the centre of an elegantly square shaped lotus pond, The One Pillar Pagoda is said to represent a lotus flower growing up out of the water.

Constructed from wood based on a single stone pillar crafted into the shape of a lotus blossom, rebuilt several times, most recently in 1955 when the base was destroyed during the French evacuation.Location: situated in the park behind the museum near Ba Dinh Square at Ong Ich Kiem Street in the Ba Dinh District.

Remarks: Appropriate attire should be worn if you are entering the temple; prayers take place continuously throughout the day. Praying at The One Pillar Pagoda is said to bring about blessings of fertility and health.